To set the scene: English teacher Tabitha Baynes has come to Fonda de Paz, the best Tex-Mex restaurant in Central Texas, at the invitation of Gonzalo, the owner, who moved up from Mexico last year. Tabitha has been giving him English lessons; she has also just finished a year-long medically supervised liquid-only diet, and as a result has skinnied down from XXL dresses to a Size One. She looks stunning, and she’s desperate to stay that way. She must be perfect, because Gonzalo is perfect, and tonight, they will dine together–alone. But first, she must do battle with an old enemy. We watch her cross the parking lot and approach the restaurant.

Taking a deep breath, Tabitha lifted her head, smiled, and walked down a pathway lined with trees twinkling with tiny blue lights, toward the evening of her dreams.

First, though, she must pass two serpents.

The first stood in the dimly lit foyer: Quetzalcoatl, the feathered serpent, rearing on hind legs, teeth bared, looming over the crowd waiting to be seated. Illuminated from within, he cast bright reds, blues, greens, yellows across the room. He shone beautiful and fierce—but not nearly so fierce as the serpent that guarded the dining room.

Ana Alvarado, tall and slender, wearing a simple black sheath, its severity lightened by a heavy turquoise necklace, stood at the hostess station. Her black hair was pulled into a bun at the nape of her neck. Like a Renaissance Madonna, she glowed with serenity and grace.

When Ana saw Tabitha, her Madonna smile turned into a smirk.

“Buenas noches. You know, of course, that you are late.”

Ana gestured toward a door to her right. “Because you are late, you must wait in the bar. I hope Gonzalo is not irritated with you.”

“Thank you, Ana. I’ll have a glass of wine while I wait.”

From first day of kindergarten to the night of high school graduation, Ana had made Tabitha’s life a misery. “Tubby Tabby,” Ana had called her. Twenty years later, she was still a bully.

But Tabitha had changed. She was the All New Tabitha Baynes, sporting a size one dress and a stylish coif, and her own serenity and grace reached all the way down to the bone. Nothing Ana said or did could touch her.

And tonight she would reap her reward: dinner with Gonzalo in El Nicho, the room he reserved for special, intimate parties.

Seated on a high stool at the far end of the bar, close to the kitchen, she skipped the wine (rosé, 20 calories per ounce) and ordered a glass of sparkling water.

A waiter delivered her drink. “An appetizer, perhaps, Senorita? We have something brand new—cheesy Tex-Mex egg rolls—very tasty.

She shook her head. If there was anything she didn’t need, it was cheese. All her life, it had been her favorite food. Now she was trying to replace it with green vegetables.

The waiter winked and retreated. Tabitha looked down at her glass and drew her shawl close around her neck. She wasn’t used to men looking at her that way. It was flattering, but at the same time, unsettling. It made her feel she was nothing but a body.

Holding the shawl closed with one hand, she sipped her drink and calculated. For dinner, she would order a taco salad without the shell (420 calories). But maybe, after today’s extra-grueling workout, she could afford a real taco (571 calories). She wouldn’t even consider her favorite, the beef chimichanga (1580 calories).

The kitchen door opened and the aroma of onion, cumin, chilis engulfed her. Her stomach, which since last night had seen nothing more substantial than broth, gave a lurch. Oh, why bother, she thought. Gonzalo would serve whatever he wanted to, and it would be smothered in what he called his “signature ingredient”—cheese. And she would scarf down every bite. 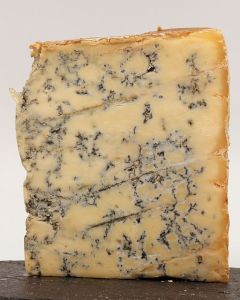 She checked her watch. Gonzalo had said something about meeting with an architect to discuss plans for adding a new dining room. But what if there was another reason he wasn’t waiting for her? Maybe Ana was right, and Gonzalo was angry because she was late. Or maybe she’d gotten it all wrong, and they weren’t going to share an evening in El Nicho. In the past two months, since she stopped trying to lose weight, he’d treated her to dinner once, twice, sometimes three times a week, to thank her for teaching him to speak English. But she’d always sat by herself in the main dining room. Maybe that was the plan for tonight.

Tabitha had been giving Gonzalo English lessons at the library every afternoon for over a year. He had a good ear and learned fast. She dreaded the day their lessons would end.

Lately, however, there’d been signs he might be interested in extracurricular activities. Free meals at Fonda. Lingering looks. Hands touching when she handed him a pencil. Heads close together as they leaned over a workbook. The gleam in his eyes when she pasted a gold star on his progress chart.

She shrugged. Maybe she was here tonight because he liked gold stars.

She was tying the shawl around her neck when Gonzalo strode in. Her stomach gave another lurch. This time it wasn’t from hunger.

“Ah, mi amor.” Enfolding her hand in both of his, he gazed into her eyes. Her knees melted to the consistency of queso.

“Mi querida, I would wait for you until the end of time.”

If Fred Schmidt, the high school industrial arts teacher who had been hounding her for weeks to go with him on Saturday nights to the Polka Barn, said he would wait till the end of time, she would laugh and ask if he’d been reading Wuthering Heights. From Gonzalo, the words sounded like a sonnet. . . .

A launch party for LONE STAR LAWLESS will be held at BookPeople in Austin on February 4, 2018, 5:00 p.m.  Authors will speak and sign. The book is dedicated to Gale Albright, AMW member and our dear friend, who died in November 2016.

M. K. Waller, aka Kathy, has published stories in LONE STAR LAWLESS, MURDER ON WHEELS, and DAY OF THE DARK (ed. Kaye George), and in the online magazine MYSTERICAL-E.

Here are links to her personal blog, Telling the Truth, Mainly,

to the Austin Mystery Writers blog,

and to the Sisters in Crime Heart of Texas Chapter’s newsletter/blog, HOTSHOTS!, which she edits.

6 thoughts on “From Lone Star Lawless: “When Cheese Is Love””

This site uses Akismet to reduce spam. Learn how your comment data is processed.